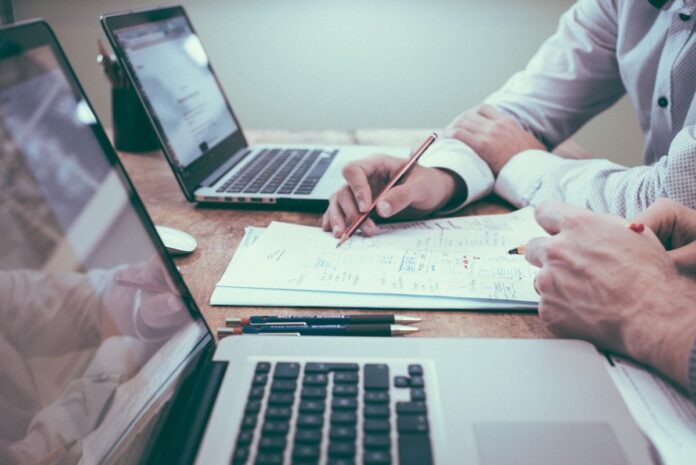 Java is one of the most popular programming languages in use today. In order to be a successful Java programmer, it is important that you are confident in your knowledge of the basics. That’s why we compiled this list of frequently asked questions and answers, so that you’ll know what may come up during your interviewing process. The short answers will help you understand some of the basics in programming, which are imperative when interviewing for jobs.

Java programming language is a general-purpose programming language that is concurrent, class-based, and object-oriented. Java was originally developed by James Gosling at Sun Microsystems in 1991 as an interpreted language. Java is able to run on any machine with the java virtual machine installed (platform indepent).

Java has become one of the most popular languages over time because it can be used to create powerful applications and websites that work across all different types of devices (desktops, laptops, smartphones).

Java is a portable programming language, because java code is compiled into Java bytecode. Java bytecode can be executed by any java virtual machine implementation that meets the Java Virtual Machine specification.

2) What are the features of Java?

Object Oriented: Java supports all of the basic object oriented concepts like abstraction, inheritance and encapsulation.

Interpreted: Java is considered both interpreted and compiled. Java does not generate machine code after compiling a source file. Java program is compiled to bytecode instead. JVM (Java Virtual Machine) reads and interprets the bytecode instructions to machine code line by line.

Multithreading: Java is a multi-threaded programming language. It allows multiple threads to run in parallel to utilize CPU more effectively.

3) What is Java Virtual Machine?

The Java virtual machine is a Java-based execution environment for Java programs. The Java Virtual Machine (JVM) is also referred to as just the Java Runtime Environment, or JRE.

It’s the platform that allows Java code to be executed on any computer hardware and operating system without having to rewrite it in another programming language.

4) How can you compare two instances?

Encapsulation is used to hide the implementation details from users. Users (clients) cannot directly access or change instance variables of your class. They need to use getter/setter methods.

Consider you are creating a library and there is a Car class in this library. The variable mileage is encapsulated in the code below. It is defined as private, so that clients cannot directly access or change. To access mileage variable, clients should use public getMileage() method. To modify mileage variable, clients should use public setMileage() method.

You notice that setMileage() method is prone to error, because clients can set invalid (negative) values. All you have to do is add a validation code at the beginning of setMileage() method, then build and distribute fixed version of the library to your clients. Thanks to encapsulation, your clients are not directly updating mileage variable, they are using setter method. Once you give them fixed library, new validation code will be available on their applications.

6) How can you use Interfaces?

Consider a scenario like this. You are creating a FileOperations class. This class has two functionalities: 1. Compress some data and save it to a file, 2. Read from a compressed file and decompress it.

Some of your clients might prefer Zip format, some might prefer 7z or Rar formats. All these file compression methods should support 2 common operations (compressing and decompressing data). So we can create a generic FileCompressor interface and use it in FileOperations class.

FileCompressor declares 2 methods: compress, decompress. It doesn’t contain implementation logic for these methods. Because each compression method (zip, rar,7z) has its own algorithm. These algorithms should be coded in classes implementing FileCompressor interface (like ZipFileCompressor, RarFileCompressor).

Now let’s see client implementation. Client prefers to use ZipFileCompressor and creates an instance of this class. This zip instance is passed as a parameter to createCompressedFile method.

If our client changes his/her mind and decides to use Rar compression method, client code can be updated to use RarFileCompressor. We don’t need to make any changes to FileOperations class, because it is coded using generic FileCompressor interface.

7) What is Method Overloading?

There is another example of method overloading below. In this example MathOperations has two add() methods and both methods have 2 parameters. However, types of parameters are different in these method declarations. First method takes 2 int parameters, other one takes 2 double parameters.

8) What is the use of Inheritance?

Say, you want to create a class representing employees in a company. You can add common attributes to this class like name, lastName and employeeId. You can also add a method to print basic information about the employee.

Now, let’s create another class for developers. Since a developer is also an employee, our Developer class should have common attributes (name, lastName, employeeId, printEmployeeInfo()). In Java, there is an easy way to use an existing code called Inheritance.

The code snippet below creates an instance of Developer class. You can call printEmployeeInfo() method with this instance, this method is inherited from Employee class.

9) What is Method Overriding?

You can inherit methods from super class using inheritance in Java. If you want to reimplement inherited method, you can update the implementation details in the subclass.

Following code show the class Planet. It has a method called displayInfo() and displays information about how planets are formed.

Earth class is extended from Planet class. Instead of displaying a generic info about planets, we can implement displayInfo() function again and display a specific information about planet Earth.

10) What is the difference between Local variable and Instance variable?

Instance variables are defined in class level and they can be accessed from any method within the class.

Local variables are defined inside methods and they can only be accessed inside the method in which they are defined.

11) What is the difference between Instance variable and Class variable?

Each instance created from VarScope2 class will have its own copy of var1 instance variable, but they will share one copy of var2 class variable.

private: You can access private members (variables or methods) only from the class in which they are defined.
default: If you don’t use private, protected or public modifiers when declaring a member, then it has default access. Default access is less restrictive than private access. You can access members with default access from the class in which they are defined and you can also access these members from other classes in the same package.
protected: Protected members of a class can be accessed inside the class or other classes in the same package like default access. Protected members can also be accessed from subclasses.
public: This is the least restrictive access modifier. You can access these members from anywhere (even from classes inside other packages).

For a good software design you should prefer the most restrictive access level possible.

Packages are used to group related classes together. You might have hundreds of classes in a project. If you don’t organize classes into packages, it will become more difficult to maintain after a while.

13) What is the difference between Classes and Objects?

14) What is the purpose of Garbage Collector?

15) Why do you need static methods?

You can use static methods without creating an object. A static method belongs to a class rather than a specific instance of a class.

If you will not change a state information (instances variables will not be updated), you can use static methods. Static methods are commonly used in Utility/Helper classes.

For instance, consider the class below. MathUtils class doesn’t contain any state variable (instance variable). It has one static method called sum(). This method double arguments and returns the sum of these numbers.

We don’t need to create an object instance for utility classes. You can directly call a static method using class name and method name. Since an instance isn’t created, memory is used effectively.